March's Hero of the Month

Bui Trong Hieu, an employee of the Ho Chi Minh - West 5 team, was chosen by the Board of Directors as "Hero of the Month" because he demonstrated the company's value of "Helpfulness". 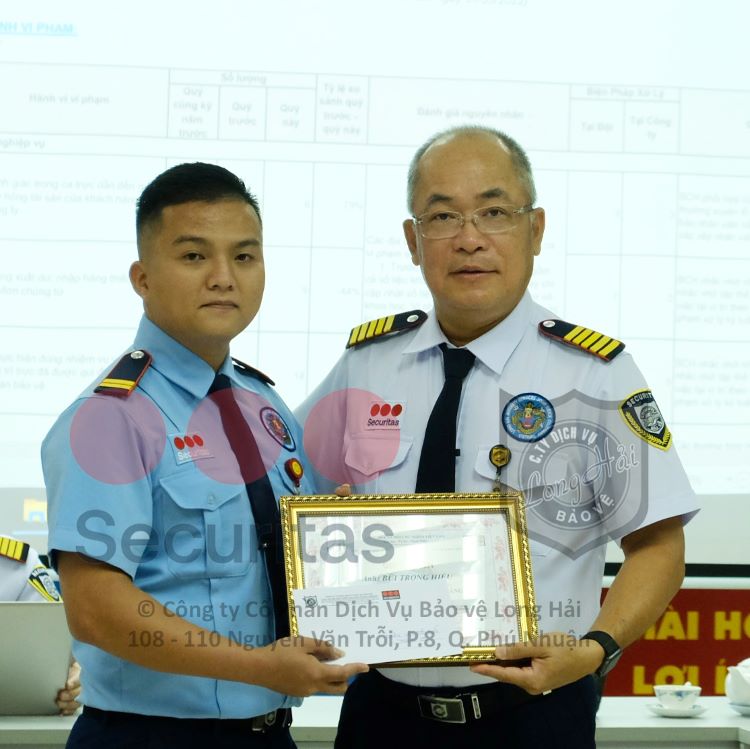 1/ At 13:22 on March 7th, 2022, at S.P, Binh Thanh District. After receiving information about an apartment needing support, a foreign resident is in a difficult and critical condition due to Covid-19 complications. At this time, the quick responses support team of the apartment, hospitals, and the ward medical team were unable to contact. Meanwhile, the resident's situation has now changed to a life-threatening condition. Receiving the above information, Bui Trong Hieu requested and directly approached the apartment with the F0 patient above. With the knowledge from the first aid training and the use of oxygen cylinders, Hieu promptly gave first aid to the patient to overcome the critical situation. In the meantime, Hieu's colleagues continued to contact and call for an ambulance. After 30 minutes, the ambulance arrived, and Hieu continued to help the victim's family move the F0 patient by stretcher down to the ambulance.

2/ Continuing at 10:17 pm on 12/03/2022, also at the S.P, an apartment resident was injured and bleeding and needed prompt first aid assistance. Employee Bui Trong Hieu was taking on a patrol position, when he received information from the Shift leader that he had to bring a first aid bag and move quickly to the apartment for first aid treatment.

At that time, the resident was in a state of intoxication with a lot of blood pouring from his face due to a fall while going to the toilet. Hieu performed temporary first aid, washed the wound with antiseptic saline, and applied temporary hemostatic gauze. After that, Hieu coordinated with the lobby location via walkie-talkie to dispatch a taxi and take the priority elevator with family members to help the residents down and put them in an ambulance to the hospital at 22:25 on the same day.

Proud of you. The F0 patient is a foreigner and has a bad turn. Called 115, there was no ambulance, called the Ward Medical Station, there was no one, called Vinmec, they said that we should call a taxi because there is no ambulance available, the doctor of the apartment building according to the backup plan is not at home, call a taxi, the taxi refuses to transport… In the end, he was the one to wear protective gear, carry an oxygen tank, go straight to the apartment, and do the procedures for the F0 patient to recover, while waiting for the ambulance of Pham Ngoc Thach Hospital to arrive. “Hero of the month” belongs to you!

Loving and helping people is always a good tradition of our nation. It plays an important role in today's modern society. However, in order to be willing to not be afraid of endangering themselves, to help those around them, not everyone can do it like Hieu. Through your timely actions to help the F0 residents who are in critical condition, Hieu has raised the core value that Long Hai company is building and aiming for: Vigilance - Integrity - Helpfulness. Hieu will be an example for his colleagues around so that everyone can build a civilized and humane working environment together.

As the Supervisor of the HCM-West 5 team who is also the person who directly directs Hieu's work, I recognize Hieu's above action as a great thing. This is also a shining example for the whole team, a source of motivation to promote work and responsibility for all personnel who have been and are present at the team. It's proud. Thank you to the Board of Directors for noting the above case of employee Hieu. The above rewards and titles given to Hieu by the Board of Directors are well-deserved, which is a source of motivation for employees to be confident in the working process, even ready to rush into other situations under better control. Present a professional image to customers at the right values according to the mottos from the leaders desired "We help make your world a safer place"

Let's take a look at Hieu's achievements in March 2022 and what his colleagues think of his actions.

Let's take a look at Sang's achievements in April 2022 and what his colleagues think of his actions.

Let's take a look at Duc's achievements in April 2022 and what his colleagues think of his actions.

Let's take a look at Tuan's achievements in April 2022 and what his colleagues think of his actions.